Kaohsiung is a tropical city in the South of Taiwan. It is one of the three larger Taiwan cities. It is a major international port and industrial city in the southwest of Taiwan. Kaohsiung has a land area of approximately 3000 square kilometers. It accommodates a population of over 2.77 million people; 2 million of them live in the metropolitan area.

The city is known for its industries and harbor, Love River, agriculture, mountains and history:

• The Love River is of great cultural and touristic significance.

• Fruits vegetables and rice are the main agricultural products of Kaohsiung. Kaohsiung is dubbed the City of Fruit in Taiwan. It is the largest producer of high-value crops such as guava, jujubes, banana and lychees among many others.

• The mountains in the North East are important natural attractions.

• Kaohsiung has a long lasting history as can be seen in some ancient buildings.

Kaohsiung’s known history goes back to 6000 BC.

The densely populated city suffers rising temperature and extreme weather events as a result of climate change. Consequences are damage of infrastructure and industrial facilities, problems with environmental hygiene and declined agricultural and fisheries production. To cope with these problems a wide range of measures has been taken.

Kaohsiung is situated on the lee side of the Central Range and the Northeast Monsoon is weak. As a consequence atmospheric diffusion is low. Because of the heavy industry Kaohsiung therefore suffers severely poor air quality in autumn and winter. Next to the air pollution Kaohsiung faces problems such as river pollution, groundwater pollution, traffic congestion, and overcrowding of buildings . 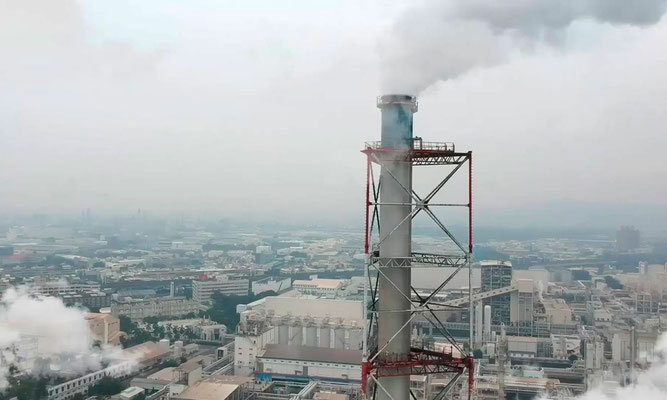 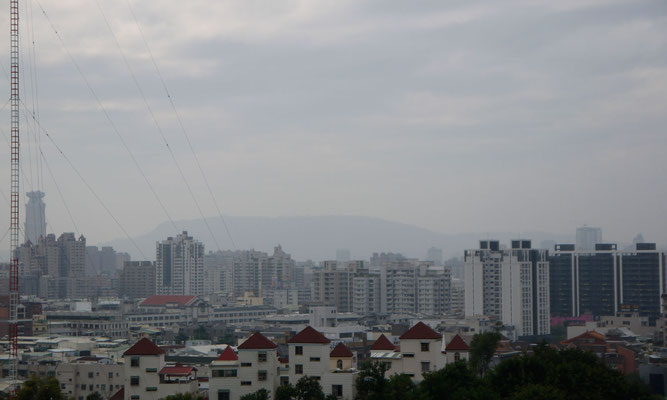 The tropic metropole Kaohsiung already faces a wide variety of disasters. The influence of climate change makes them even more complex.

In Kaohsiung, as in so many other cities, extreme temperatures become more and more evident. With disastrous effects. During the 2019 warm winter Yuherbau lychees was only 30% from average. A cold wave in the 2016 winter caused the death of a considerable number of high-value fish species, such as groupers. 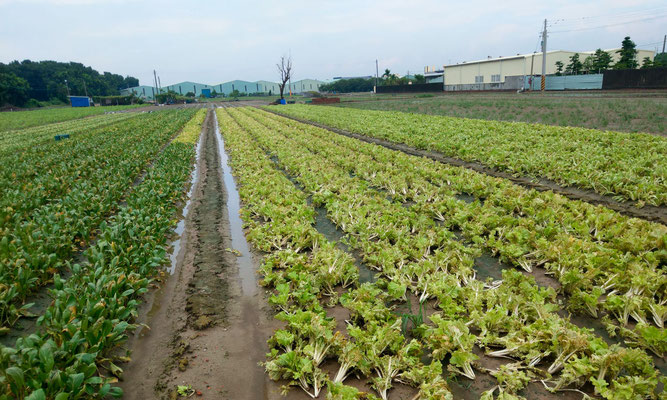 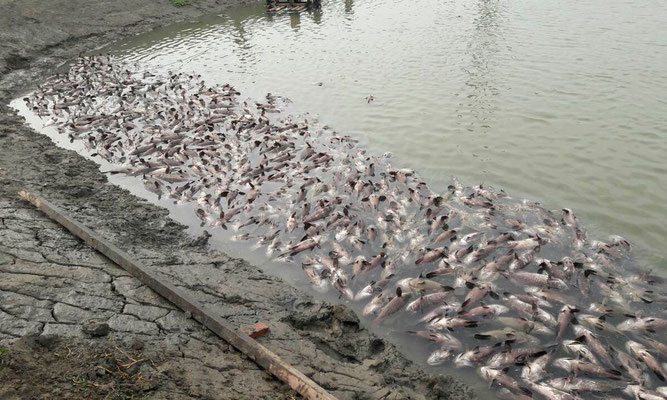 The hot and humid environment, combined with warm winters and changing rain frequency cause higher risks for Dengue fever. It is transmitted by Aedes mosquitos. Therefore the city government cleans up containers with water, flower pots, sewage, drains on roofs and top floors, along with fumigation. In order to prevent mosquitos to lay eggs.

Kaohsiung suffers three or four typhoons per year. Three extreme typhoons, Morakot in 2009, Fanapi in 2010 and Megi in 2016 caused substantial damage. An amount of 625 people perished, 76 people were missing and 773 people were injured. Economic losses in Kaohsiung’s agriculture were about €580 million euro and mudflows damaged numerous roads and houses.

Half of Kaohsiung City is mountainous areas with a maximal height just above 3,000 meters. Its rivers flow west through hills and plains and enter the estuary of Taiwan Strait at a distance of only several dozen kilometres. Slopes are steep.

The world average annual precipitation is about 973 mm per year.  The average of Kaohsiung is with 1884 mm almost twice this amount. Due to the steep terrains, concentrated rainfall, and the short rivers with fast river flow floodings occur and often causing severe damages. At the same time not much rain water is kept in the area which can result in periodical droughts. 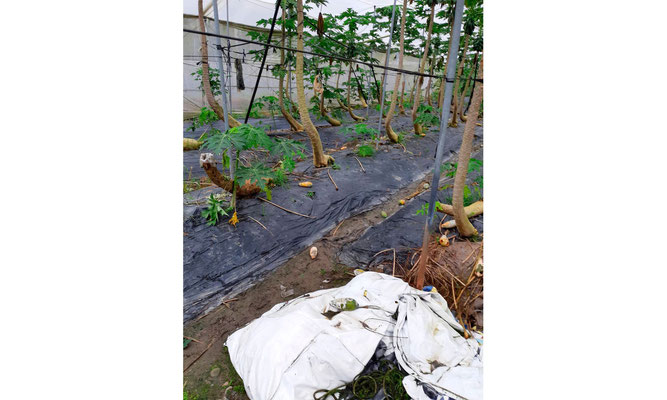 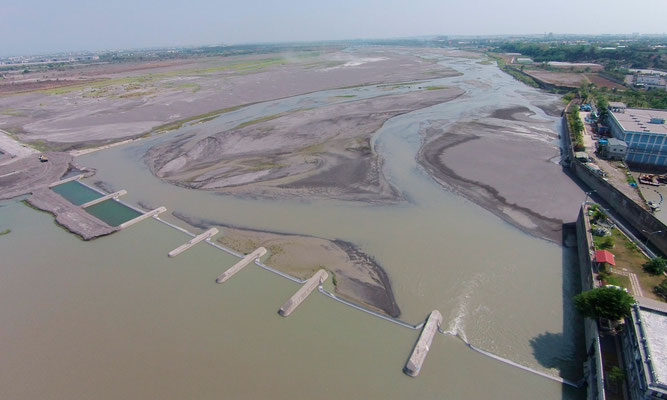 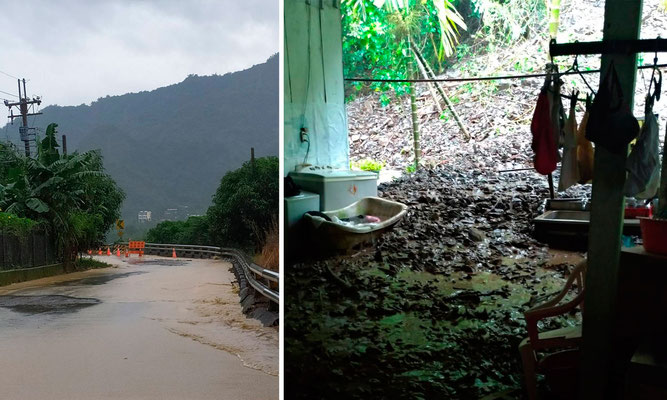 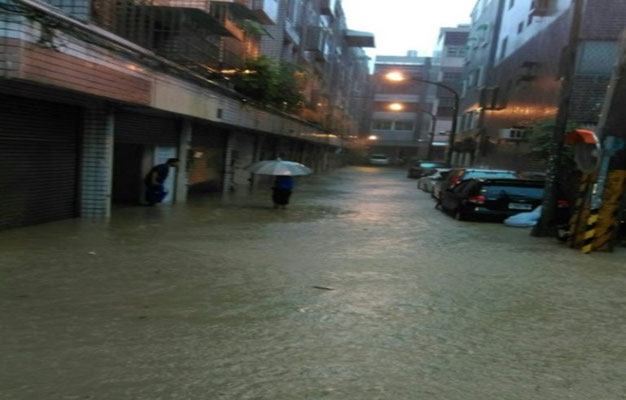 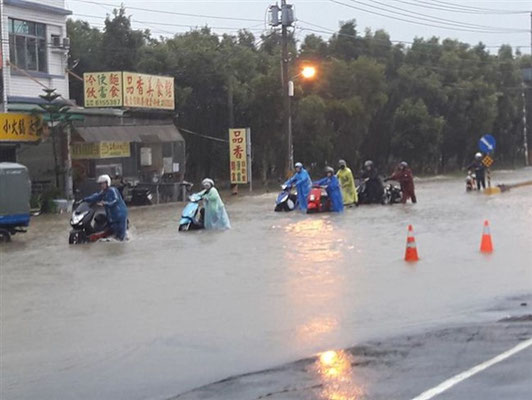 Kaohsiung City has strived hard to survive all kinds of natural disasters. Nowadays more and more urban action is taken to prevent them.

Wetlands and mangroves are restored to what they were before industrialization and urbanization. The City has constructed 21 wetlands, with a total land area of more than 1,000 hectares. Combined with reservoirs, aqueducts and farmlands, they function as an ecological corridor for a wide variety of species to live. Each wetland has its own characteristics and functions. The Jhondou Wetlands Park restores the original ecological system of mangroves in the tidal Love River area offering retention capacity to the river resting place for migratory birds passing Taiwan. The ecological island at Jhondou Wetlands Park preserves a wide variety of native trees

Meanwhile about 15 metropolitan style detention basins have been realized. to solve flooding issues as caused by by typhoons, that bring extremely heavy rain. As sudden heavy rain becomes more severe the City has to integrate detention basins into parks, grasslands, and other facilities to create multiple city landmarks that can store water and stop flooding.

The next step is to esthablish a stronger evidence base to obtain accurate local information collected through scientific methods. Then Kaohsiung can evaluate the vulnerability of the City under climate change, and go one step further to find solutions that might benefit the economy.

Kaohsiung City is one of the five coastal cities under the project Innovation in Climate Services Provision (INNOVA).

Cities previously introduced by this INNOVA E-zine are:

1. Nijmegen (The Netherlands): River restoration in the Dutch delta.

3. the Bay of Kiel (Germany): Beach resource and environmental issues.

Kaohsiung adds the case of a typical tropical metropole. Many other tropical metropoles face similar challenges. The densely populated city suffers rising temperature and extreme weather events as a result of climate change. Consequences are damage of infrastructure and industrial facilities, problems with environmental hygiene and declined agricultural and fisheries production.

Cities under the INNOVA Project are in different phases of finding ways to cope with problems brought about by climate change. Already many measures have been taken to deal with extreme weather events. Kaohsiung is now in the initial phase to prepare for climate change adaptation. The city wants to learn to mainstream adaptation measures into municipal policy to ensure that climate change is taken into account in the city planning.

This ezine has been produced for INNOVA